Sisters Go Above and Beyond for a Woman with Alopecia

Young women with Alopecia Areata often face years of chasing cures, painful treatments and advancing symptoms. The dreaded feeling that everyone is looking at them is ever present. Some will never reach the understanding that the people who love them are blind to their condition.

We have told you before about some of the experiences that shaped Adrienne, a 28-year-old academic advisor at the University of Missouri, and how she and her family coped with the disease. Now we would like to share her story further in the words of two of her dearest friends - twin sisters Marita and Marissa - who gave her a very generous gift. Not only did they donate their own hair to provide her with a custom-made wig, they also raised the money to pay for its manufacture. This is a chronicle of their experience.

How It All Began

The idea started with Marita.

"This was a few months before Marissa's wedding where both Adrienne and I were set to be bridesmaids, so I imagine I was thinking about that a bit. Plus, I knew that Adrienne had had some less-than-great experiences with the synthetic wigs she'd been using. They were itchy and became frayed at the tips after only a few weeks and I'd heard that real hair wigs were both less itchy and more durable."

Marissa was on board right away.

"Marita called me to ask," says Marissa, "knowing we had the same hair type and that I was growing my hair out for my wedding. Of course I said yes! We’d known Adrienne for years and her family is like our extended family, and we’d seen first-hand the physical struggle she’d had with alopecia, though I never once thought differently of her for it. Being in high school and such, though, I never really knew her sort of internal struggle with it, she always seemed so cool and fun and confident. I don’t think she really even knows the kind of support she has behind her."

Raising Funds From Friends to Pay for the Wig

The financial support the sisters received to make Adrienne's wig blew them away. Marita has some fundraising experience so she took charge.

"I set up the campaign to take place over 45 days knowing that at least once a week I'd be posting the link to the campaign on social media to try to draw attention to it. We had set it up to raise $1,600 over that month and a half. We surpassed our goal in four days."

"Everyone who has donated money for Adrienne's wig have the same opinion of Adrienne: she's just an amazing person who deserves to have a quality head of hair."

Marissa adds, "What I enjoyed the most was seeing people who we wouldn’t have expected to donate get on there and give. Like acquaintances from high school that we hadn’t seen in 10 years or friends-of-friends who don’t even know Adrienne personally. It was amazing! A lot of people have never even heard of alopecia. So it’s actually kind of cool because it felt like we were raising awareness, too."

Marissa Before and After Rita Before and After 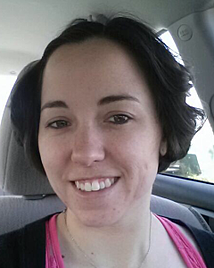 "Adrienne's always so sweet and funny and just an overall amazing friend," says Marita. "Because I'm her friend, her 'sister,' I know that she's had a very severe blow to her confidence and sense of self in all this."

"When people asked why I cut my hair, I simply said, 'I gave it to a friend." I'd get people that would say things like 'That's such a great thing to do,' or 'You're a really good friend.' It's not a heroic thing; it's a small thing I can do to make a big difference to someone else. But Adrienne doesn't have the luxury of hair that grows back, despite being far more deserving of it than I am."

Marissa overcame some uncertainty. "I never have done this before. I had tried growing out my hair a few times in college to donate, and my hair never got long enough to donate before I got sick of it and would chop it off. The wedding made me motivated to grow it out to a moderate length so I could do a decent updo, but Adrienne motivated me to grow it out even longer to make this donation."

"Just stay focused on what it’s all about," advises Marissa. "You’re helping to give a very special person their confidence back."